​On Wednesday, the first of November, the first conference of the City Network Sustainable City was held in the Municipality of Vari-Voula-Vouliagmeni. The Conference was launched by the mayor of the hosting Municipality, mister Grigoris Konstantellos, who raised very noteworthy points with his speech. 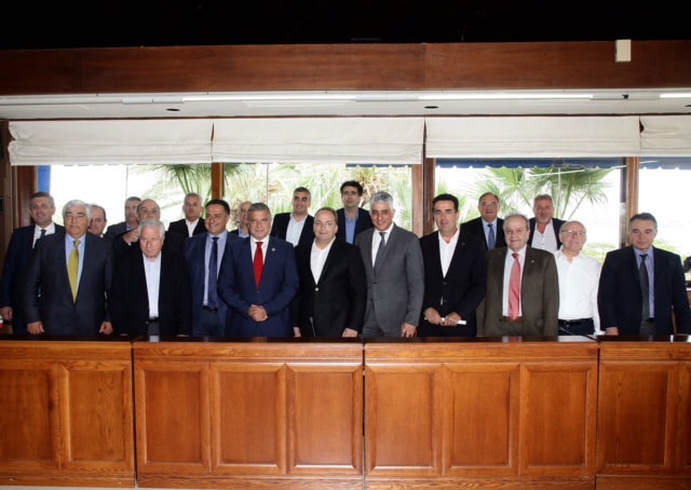 During the conference, a presentation of all the actions, projects, innovative applications and solutions pertaining to the network as also the First General Assembly took place. The assembly was free of access to the public.

Attending the conference and also greeting the audience was the president of KEDKE, Mr George Patoulis, the President of MOU, Mr Panagiotis Pantos, who expressed the greetings from the minister of Growth mr Alexis Charitsis, the President of E.E.T.A.A. Mr Dimitris Kalogeropoulos and many other participating mayors. 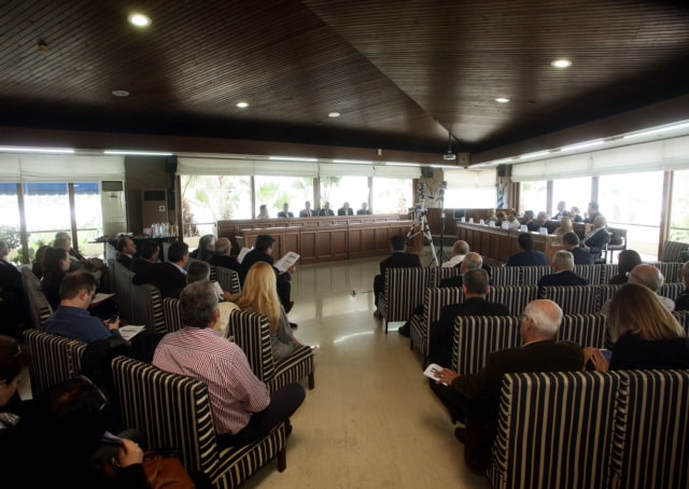 In his opening speech, the president of the network, Dimitris Kafantaris gave emphasis on the need for utilizing available European funds as also the expertise that Sustainable City can offer to small Municipalities, while the General Manager of the network mr Ioannis Georgizas informed as to the planning of the first actions.

The President of KEDKE mr Patoulis expressed a positive opinion on the initiative and claimed to be an avid supporter. To read the newsletter by KEDKE, click here.

The hosting mayor, mr Grigoris Konstantellos, who embraced the initiative since day one, carefully watched the analysis on the actions, making important interventions during the process, as he has an academic backround with his doctorate in sustainable growth. 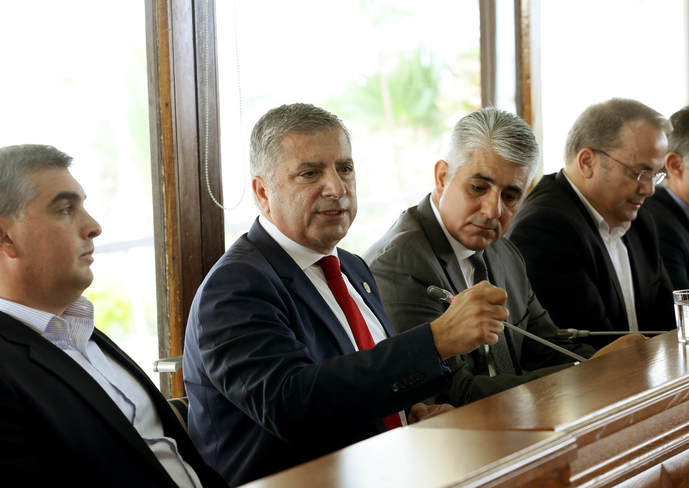 Among the speakers where teachers of the NTUA, ms Maria Loizidou and mr Charis Doukas, the high ranking member of the European Commission, mr George Kremlis, many chosen scientists and expert partners of Sustainable City and many important announcements were made on programs and proposals in which the Network has participated and are to be realized.
A big audience watched the conference, as productive discussions among the mayors concerning problems on the lack of technical help and solutions, an area the network can offer help, took place.

The synopsis of the Conference along with the program and the names of the speakers are in the following file:

Download File
For more images visit the﻿ Gallery﻿ of the site.